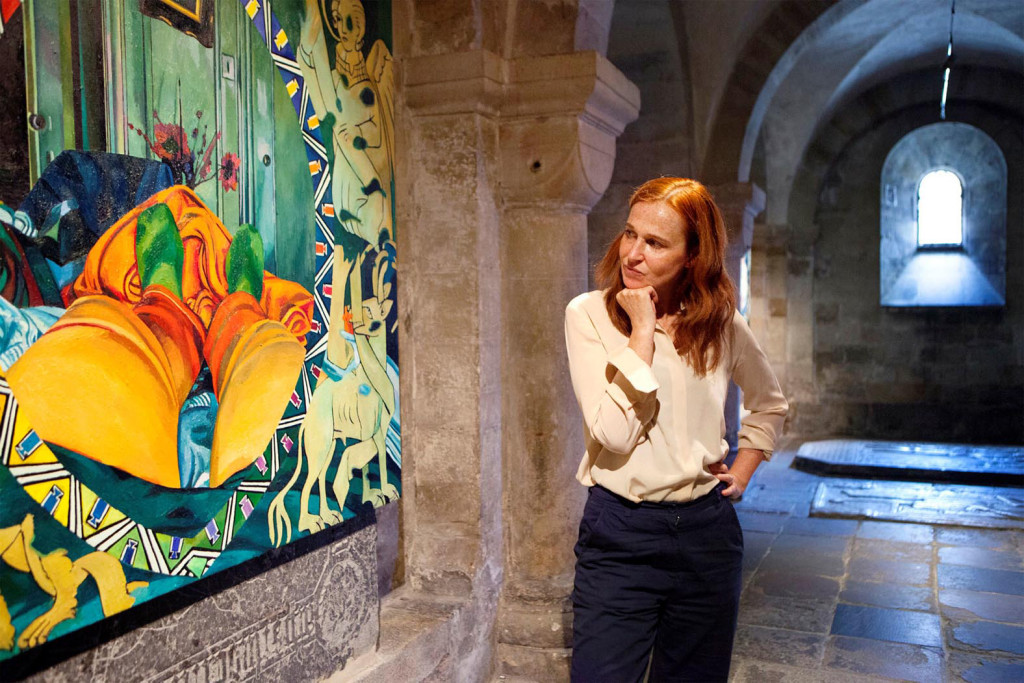 Erla S. Haraldsdóttir works with painting, animation, video, and photomontage as a means to appropriate and restructure reality. An academically trained painter, she currently focuses on figurative painting where the physicality of paint and colour create space, light, and shadow. Her work combines figurative motifs with painterly brilliance and humor. The works often explore how memories, emotions, and perception interact. Methodology is central and Haraldsdóttir’s process-driven work is often based on a combination of rules and restrictions, places or stories, and tasks assigned to her by other people.

She often extends these methods into her teaching and complex collaborations. These aspects of her work are described in publications like Difficulty of Freedom/Freedom of Difficulty (Reykjavík: Umeå Academy of Fine Arts and Crymogea, 2014) based on workshops at the Living Art Museum (2013) and Verkligheten art space in Umeå (2014), Make a Painting of Trees Growing in a Forest (Reykjavík: Crymogea, 2015), as well as her latest book, Patterns of the Family,  (Uns’ publishing, Berlin / Iceland, 2019).

Haraldsdóttir studied at the Royal Institute of Art in Stockholm and the San Francisco Arts Institute with a degree from the Valand Academy of Fine Art in Gothenburg, 1998. Born in Reykjavík, she currently lives and works in Berlin.